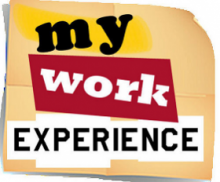 I am fifteen years old and I will be doing a week of work experience here in Stamps Direct.

Oliver will be joining us for a week's work experience, follow him here!

As I ventured into the office I first had a tour of the company.  I visited every area of the site as well as I met everybody along the way.  My first job was to look around the website of the company and to learn some extra information about them.  One of the first things I saw which piqued my interest was how stamps are made.  For example, I learnt how they use a cool 100-watt laser to make the stamps (I cant wait to watch it in action).

After I had checked out everything to do with the website and company I was told how to do my job on day number one.  This involved buying and making my very own stamp (a wax one) which I then completed the sales receipts for, the address it will be sent to and much more.

Since then I have been dealing with purchases from the site.  This involved dealing with many different types of orders ranging from just normal stamps to traditional as well as just ink pads.  As I completed more and more purchases I improved my efficiency and the time in which I could complete one in.

After lunch, I changed jobs and started to place certain stamps with their corresponding orders.  I used certain stamps such as the S-844.  There are also many different pad sizes so it was easy to be confused between them.

With that finished, I left off from my first day of Work Experience!!

As I arrived at work today I started off with going straight into accounts.  I did various jobs in accounts such as: making card payments and returning to the sales office, I emailed invoices, listed cheques and much more.

Many of the things that I did in accounts used software called Opera 3 (we later used Excel also to store all the transactions).  This is used due to the fact that it can be used to give money/take money from other accounts.  It also stores everything needed for making payments to various people.  Additionally, I learned the differences between cheque payments and card payments.

Other things I did in the accounts department included: printing and listing bacs payment, entering payments on accounts, checking payments that had been sent through to the bank account as well as sorting purchase invoices.

However, after lunch, I changed from accounting to doing Typesetting.  This involved using Adobe Illustrator. I used this by getting orders from yesterday (which had already been completed)  for the S-844. I then input the text that the user wanted and placed it into the correct size templates. If the customer wanted to have the text all centred, the text was centred.  If the customer wanted only one line centred or bold, it happened.  We did what the customer wanted. I later did templates for the S-827 and the S-831. These are both different sizes compared to the 844 with the  831 being 68mm x 8mm along with the 827 at 48mm x 20mm. Here is an example of mine

So far again I have enjoyed my day and now all that awaits is Wednesday...Manufacturing day!

Today I came in especially early to get into manufacturing (this is where we had the big lasers). First I got taught how to do everything in the area. There were many machines including four lasers; which had a PC each and two were 100 watts whilst two were 60 watts, a big printing machine; called a UV printer,  a drying machine as well as some old fashioned machinery. To be able to control the lasers and printer we used two programs, one called Trotec Job Control which was we used to position the laser, its speed and its power and the other program which was Adobe Acrobat which was used to find the template as well as crop it and send it to the job control.

We first used the printer to print the titles of the stamps onto the sides of a stamp called a Stakz. With that done we left that to come back to later on in the day. Whilst we didn't do that we did something else which involved the lasers. We got the templates for what the customer wanted and we placed it into Job Control once again and we then sent it to one of the four lasers. This took approximately ½ hour each. Afterwards, I hoovered the dust up from the rubber and then placed them into a sink to wash and scrub (in order to get rid of any other dust). Eventually, we place them into the dryer which is really hot to basically dry them. They then get sent to the Assembly department.

Back to the Stakz. It was then that I had to do something called flashing them. This means that I had to place each separate part of the stamp onto a bit of rubber which meant that the template could be transferred onto it. These I then filled with ink and glued onto the corresponding Stakz brick. With them then tested we had them packed up to be sent off.

Today was much like yesterday was. Yet with a few changes. I started off with going into manufacturing and washed and dried a lot of rubber to get the dust off. As today wasn't as busy to start with we didn't have as much to do so we took it slower. The man I was working with also showed me how Stamps Direct makes the pre-inked stamps, a very long-winded process, which was very interesting.

After doing things like that until noon I got the opportunity to process a stamp from the very start. This involved getting the template and placing it into Adobe Illustrator and creating the correct amount of stamps that we needed. We then printed off three copies of the templates. One that would go to the assembly department, One to be kept by the company and the other to be sent down to the laser area. Next, we went into the laser department to cut out our stamps. With the use of job control, we sent the file to the lasers and waited for it to finish. Once it had finished we hoovered up the dust, washed off the dust and dried the templates. This took approximately ten minutes. Afterwards was the assembly department, where we got the individual stamps out of the rubber and also got out their corresponding stamp.

Towards the end of the day, I got the privilege of making my own stamp as a memento of my time here in Stamps Direct. The stamp included my name, address and my telephone number. I created it from start to finish including the web order, the typesetting, the laser cutting, the washing and drying and placing it onto my own stamp which I now own.

All in all, I had a very enjoyable time at Stamps Direct as everyone there was friendly and also very helpful.

So what did I do... Well, to summarize my stay I tried everything, on my first day, I was used in sales, which I found fun, where I looked at what the customers wanted and then printed off their order so that the next part of creating the stamp know what they have to do. On Tuesday I took part in accountancy and typesetting. Accounting was the area where we made sure everyone had paid and whatnot. Typesetting was where you see what the customer wanted on their order and formatted it out onto Adobe Illustrator. On Wednesday I took part in manufacturing, this involved using the cool lasers, which has seen them in action makes them even cooler. Thursday was again another physical area of the Stamp making which consisted of getting the rubber (which already had the stamp the design on) and placing it onto the stamp that the customer wanted. This entailed placing the stamp as well as placing the ink pad into the stamp (you had to make sure you didn't get ink on your hands). Furthermore, this week of work experience was a wonderful opportunity that caused me to have a great insight into the world of work.

Towards midday, I had to help unload a stock product. This involved me first carrying all the boxes upstairs to the storeroom, then opening all the boxes and placing them in order so each product was in its own group next I had to print off labels for each box of items. Before the last step I had to place each type of item into its special area and then finally I had to make sure there was the right amount of stock compared to what the company thought they had (they were correct).

My last job of the week will require me to publicise my work on the company's social media websites such as Facebook and Twitter.