Everything You’ve Ever Needed to Know About Rubber Stamps 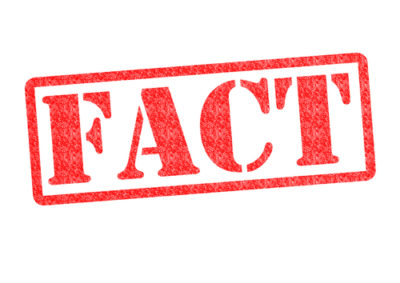 What is Rubber Stamping?

Rubber stamping, sometimes just referred to as stamping, is a type of craft in which a form of ink, usually a dye or some form of pigment, is transferred onto a surface containing a pattern or image which has been moulded, carved, engraved or vulcanised onto rubber.

The reasons for stamping are numerous and vary from person to person and business to business. Many people use stamps as a way of labelling documents – for example, recording the date when a document was processed, or marking the document as ‘read’ or ‘approved’. Some people and businesses may use a stamp to print their name and address onto documents and items. Stamps have also been used effectively as a means of promoting brand awareness.

Rubber stamps are also commonly used in arts and crafts. Such stamps may be used on their own to decorate an item or maybe used alongside different stamp designs to embellish a piece of art.

Stamping is also a popular activity amongst children. Such stamps may take the form of an animal, such as a pig or cow, or any other shape that children can easily identify with. Parents are recommended to supervise their children during stamping activities to ensure that stamping is only ever carried out in a controlled environment and on materials acceptable by the parent, such as paper. Failure to do so may result in the child stamping random surfaces, such as walls, worktops and items of clothing.

How Does a Rubber Stamp Work?

The rubber is generally affixed onto a sturdy object such as an acrylic block, some wood or even a brick. Sometimes the vulcanised rubber engraving has an adhesive affixed to a handle for support, which allows the stamp to be stored without taking up too much space; these typically cost less than wood-mounted stamps and also allow the user to see through the stamp to determine more precisely where the stamp will hit the surface and where the print will appear.

The ink or dye from the stamp is subsequently printed onto the desired material, be it paper, wood, plastic or any other surface.

How are Rubber Stamps Made?

Rubber stamps can be made from all manner of materials and through various techniques. A makeshift rubber stamp can, for example, be made by carving a potato into the desired shape, before dipping it in ink and stamping on a surface as required. Other than potatoes, other vegetables can in theory be used, such as carrots, parsnips and even turnips – any vegetable sturdy enough should suffice for the purposes of stamping, but note that users will not produce the same quality finish as they would with a professionally made rubber stamp.

Nowadays many rubber stamps are made through automated methods which include laser engraving and other special machinery.

Unfortunately, the rubber stamp has a very limited place in popular culture. Perhaps the most obvious reference to the ingenuity of the rubber stamp is during a scene of the hit movie Indiana Jones and the Last Crusade, in which the main protagonist attempts to break through the floor of a library using a nearby brass post. Each time the film’s lead character hits the floor with the post, which makes a loud crashing noise, the librarian stamps a book with a rubber stamp at precisely the same time. This leads to the librarian regarding the stamper curiously whilst the lead protagonist breaks through the floor undetected. This is perhaps the only known reference of a rubber stamp playing a key part in a movie, as well as the only recorded case of serendipity involving a rubber stamp.