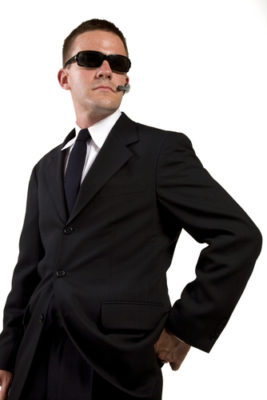 That title might seem a little misleading. In reality, ultra-secret Government projects rarely 'involve' rubber stamps, but they are often used to approve them.

This article is merely intended to highlight some interesting projects that you might not have been aware of that have been rubber-stamped through to action or have been stamped 'Top Secret' and 'Eyes Only'.

The legend of Majestic 12 is a story that dates back to 1947. Originally stamped both TOP SECRET and EYES ONLY by Harry Truman (US President at the time), Majestic 12 was said to be a secret committee of specialists that includes military and government leaders and scientists, created to investigate the UFO that crashed at Roswell in that very year.

There is a lot of controversy surrounding MJ-12 and whether such an organisation actually existed. But a number of leaked 'rubber stamped' documents have appeared over the years and included the names of various members of Majestic 12 and even references famous scientists like Robert Oppenheimer and Albert Einstein as being directly involved.

Weight was given to the Majestic 12 conspiracy as supposed members were directly involved in other UFO investigations or approved Government projects. For example, General Hoyt Vandenberg, an apparent member of MJ-12 had overseen 'Project Blue Book' – a US Air Force investigation and report on UFOs and even made some public statements about his findings.

Interestingly, a previous official US government study on UFOs (codenamed 'Project Sign') had concluded that a number of UFOs were indeed likely of extraterritorial origin. However, this opinion was rejected by the government and the next project (Project Grudge) was given the rubber stamp and was said to be set up just to debunk the previous findings.

Read more about MJ-12 and both sides of the view on Wikipedia.

In December 2009, the Ministry of Defences' UFO investigation unit was shut down. The rubber-stamping of this decision was most notably said to be in order to prevent the MoD from having to comply with Freedom of Information requests on the subject.

UFO reports received by the MoD are now destroyed within 30 days of arrival at their offices. The conspiracy theorists have argued that this will make it difficult to prove the existence of extra-terrestrial beings and is a direct effort on the part of the government to conceal the truth from the public.

It is argued by others that the rubber-stamping of this process was just carried out to stop unnecessary and costly FOI requests on an unimportant subject matter.

Much like with our own government, the American government often declassifies previously secret and classified materials in the name of transparency and honesty. In 2004, a document was rubber-stamped by the National Security Agency as 'Approved for release by the NSA on 10-21-2004. FOIA Case #41472' – that classified document was not actually released to the public until 2011, but it certainly contains some interesting information.

According to the document (openly available on the NSA's website) a number of radio messages were picked up from outer space:

"Recently a series of radio messages was heard coming from outer space. The transmission was not continuous but was cut by pauses into pieces that could be taken as units, for they were repeated over and over again. The pauses show here as punctuation. The various combinations have been represented by letters of the alphabet so that the messages can be written down. Each message except the first is given here only once. The serial number of the message has been supplied for each reference."

There are arguments for and against the theory that these messages are extra-terrestrial in origin. Either way, it makes for interesting reading and it's another document that once had the 'Top Secret' stamp but was later declassified.

During the Second World War, it quickly became apparent that there would be a need for shared signals (and human) intelligence among the main Allies if the Nazi's and other Axis powers were to be defeated. To that end, the UKUSA agreement was put in place.

This was another project given the 'Top Secret' stamp as it necessarily involved the passing of highly-classified cypher and cryptography data which in the wrong hands could have led to serious problems for the Allies.

Information on this agreement and its changes over the years has now been released by the NSA for public viewing.

It is interesting to note that, despite the agreement, it is common knowledge that not all intelligence was openly shared between the nations. There are even some conspiracy theories that state that Britain knew about the impending strike on Pearl Harbour but purposely withheld the information from the Americans in order to encourage them into the war.

At the end of the Second World War, the Americans undertook an operation to recruit German scientists for employment within the United States. This program (codenamed Operation Paperclip) was a Top Secret operation rubber-stamped by the Joint Intelligence Objectives Agency. Its mission was, in light of the cold war, to prevent these scientists from falling into Russian (or indeed any other) hands.

Operation Paperclip was unusual in that it essentially involved betraying the Allies in order to benefit the United States alone. Many people have commented on the moral implications of Operation Paperclip where scientists who had previously committed heinous and vile acts against fellow human beings and slave labour had been given a 'free pass' to escape punishment as long as they agreed to work for the United States.

Of course, it is argued that without these scientists, the Americans wouldn't have won the space race, but at what price?

Operation Paperclip was another in a long line of ultra-secret government projects that were simply stamped 'Top Secret' and brushed under the carpet for the greater good.

It is interesting to think about how many different operations, organisations, missions and undertakings have been given that 'Top Secret' stamp over the years and how many we'll never know about.

Why not create your own 'Top Secret' rubber stamp with Stamps Direct? We can make any stamp based on any design. So whether you're looking to create your own conspiracy documents or just want to have fun with your children, get in touch to see what we can do for you today.